The purpose of Thrifty Thursday is to read a book which was free (at some point). 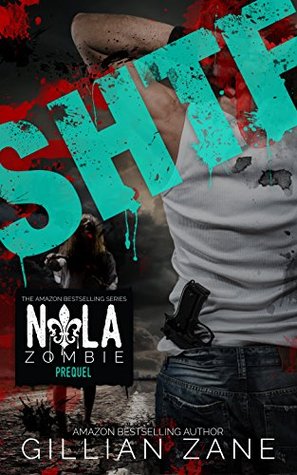 It’s Friday night in New Orleans and Tim “Romeo” Voiter has the night off. A night of rest and relaxation is something new for the former Marine, and he’s looking forward to enjoying a fun night out with his buddy, Lucas Martinez. The two men try to ignore the emergency broadcasts and news about the spreading iKPV virus and just enjoy the evening. Romeo, true to his name, even hooks up with a hot redhead and plans on ending the evening at her place.

Plans come crashing down, though, as he comes face to face with what the iKPV infected really looks like-and it is not like any infection he’s encountered before. Knowing the media is sugarcoating the virus and things are about to get a lot worse in his city, Romeo talks his family into leaving their urban home and bugging out to a more secluded and secure area; the compound his employers own at the edge of the city, deep in the marsh that surrounds New Orleans. But, as the infection spreads and New Orleans begins to fall under the chaos of victims gone made with the virus, Romeo begins to realize that the “stuff” has hit the fan in New Orleans and things will never be the same for the Voiters.

“Romeo” is the main character, an ex-military man, who works for the security company.  He obviously has some security skills and experience.  However, he lets his judgement get clouded by entertainments or family guilt.  When the hot redhead’s roommate comes home infected, he sees how bad this is going to be.

He goes to gather up his siblings and head out to the compound.  Here is where things get unrealistic.  They grudgingly agree to go with him, but even when they see how things bad are, they don’t seem to be in enough of a hurry to get to the compound to me.

There are some open plot threads like what happens to Lena?  The next book, RUN, covers more of the team getting to the compound.

These are only Kindle freebies I get, or ones through author newsletters which anyone can sign up and get for free. I don’t include things like Kindle Unlimited or Prime Free Reading (I do have it). Both Tantor and Audible have occasional free audios (to anyone) and I do include those.  Since I one-click on 1-2 freebies a day or probably at least 5 a week, I came up with this feature to make sure I start reading them.

Reading this book contributed to these challenges: